User groups are logical sets of people, usually with similar roles and responsibilities in the organization. The organization can create as many user groups  as required.

To view the existing user groups, go to the Settings and click Users. Go to the Groups tab. The list of groups will be shown.

Each record in the list shows the following fields.

To create a new group, click the New Group button on the top of the list of existing user groups.

Enter name and description of the group and click Save.

To define the properties of the group, click the Edit button under the Actions column for the group. 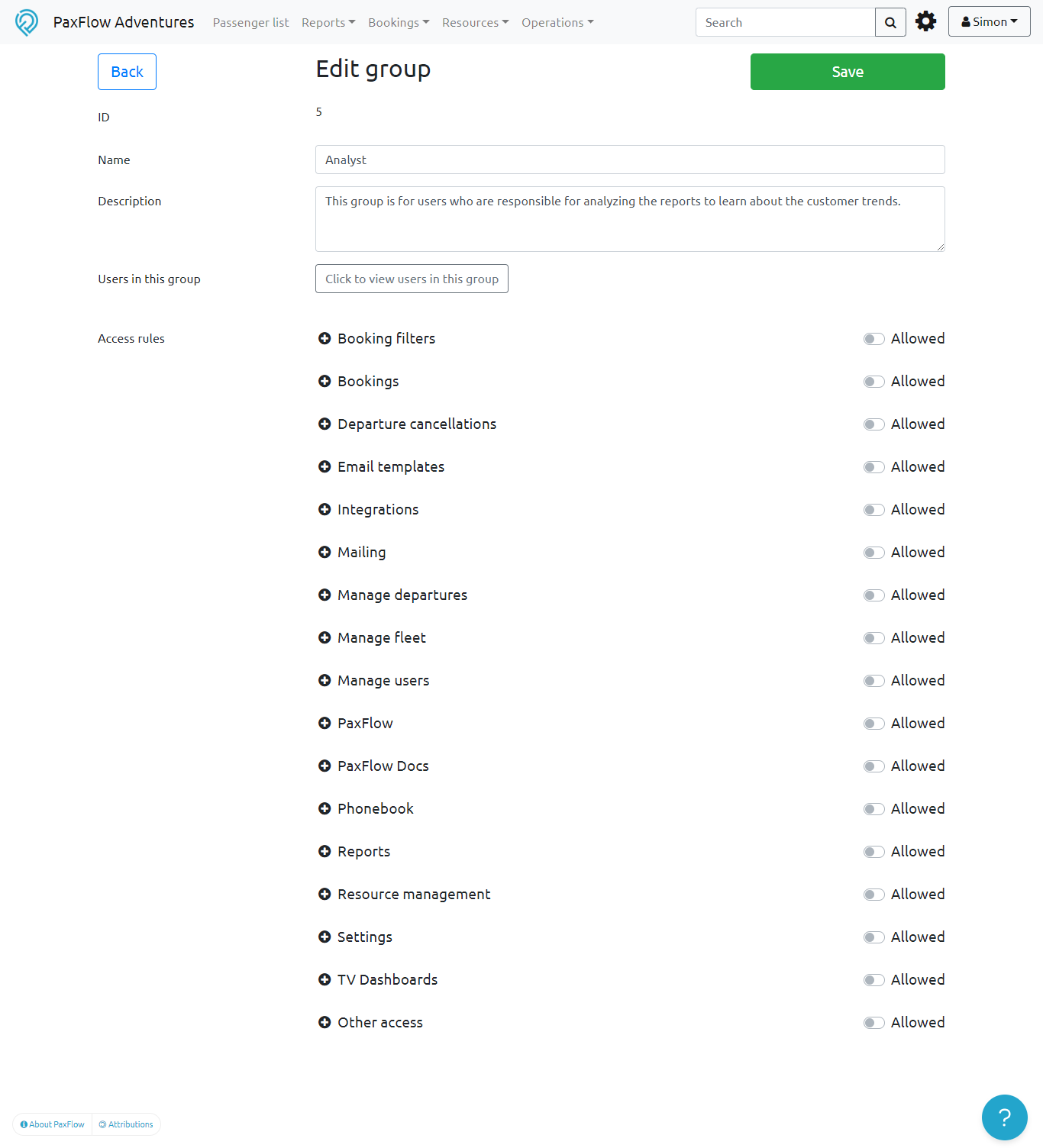 Following fields can be modified for each group. Make the required changes and click Save.

If all the features of a feature set are to be allowed, the Allowed toggle button can be enabled.

In the figure shown above, the access rules are specified for Booking filters. The default access defines all the features as Denied. But some permissions are modified for the users of the group and set as Allowed.

To delete an existing user group, go to the list of groups and click the Delete button of the selected group.